VIS Racing Sports, Inc. has been at the forefront of automotive restyling since 1996. We started the ultra-aggressive style in body kits for sport compact cars in Southern California. 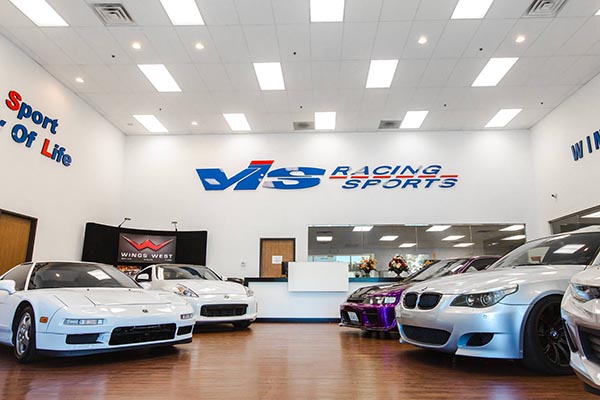 The trend quickly spread from the West Coast to the East Coast. In a matter of a few years, our styles can be found in many parts of the globe. This trend culminated with the release of the movie, "Fast and Furious" (2001), in which we were one of the primary sponsors. We were not content with the status quo and continued to bring new products to the restyling scenes. Our carbon fiber hoods and trunks are the de facto standard “Grade A “against which other competitors in the world are measured. Our carbon fiber products are number one in the industry, and their popularity can be seen on the streets as well as car shows alike. We are also making inroads into the Japanese market with the help of our partner in Japan. Our products can be seen in Japanese magazines, such as Auto Fashion and Options magazines.

Our participation in Hollywood did not stop in 2001. On the contrary, it was just the beginning. We provided two fully modified ’02 RSX and ’03 Eclipse, with our patented GT Bomber Body Kits and Torque Body Kits; respectively, for the Warner Brother’s movie, “Torque” (2004). The beginning race sequence shows these two street demons racing on the highway. Our latest partnership with Hollywood can be seen in Lindsay Lohan’s “Herbie: Fully Loaded” (2005), in which our patented GT Bomber body kit and EVO style carbon fiber hood were featured on the 1997 Eclipse. On another front, our products are featured in numerous video games with racing themes, some of which include Electronic Arts’ “Need for Speed: Underground 2”, “Juice”, “Forza Motorsport 1 & 2”.

We at VIS have gone through many stages of growth, but none can be more drastic than the one we experienced in the year 2004. In 2004, we acquired Wings West, a name that should be familiar to anyone in the restyling industry. It was a much-revered brand against which other competitors strived to be second.

We have expanded our warehouse from 45,000 square feet to over 100,000 square feet, our inventory is ample, and we strive to provide the fastest shipping possible. Any question feel free to contact us.